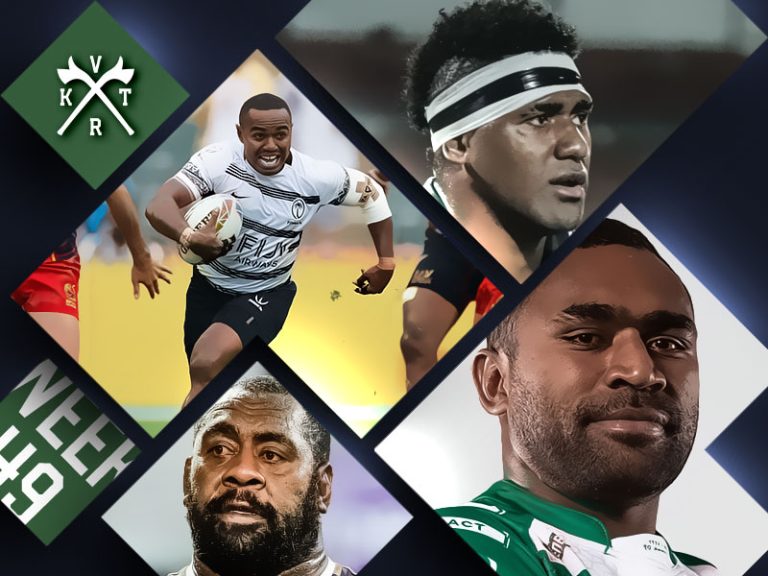 All Fijians selected for the 49th weekend of 2022 in global rugby & rugby league competitions. Includes game notes and updates

The Premiership, URC and Top 14 take a break for a couple weeks while the Challenge Cup and Champions Cup kicks off. The tournaments have all European Tier 1 sides playing off for the title of European Champions.
Last seasons Champions Cup was won by La Rochelle while Lyon took the Challenge Cup honours.
This page will be updated frequently throughout the weekend as games get underway and teams release their matchday lineups.

Railevu returns to the side after sitting out last weeks match. Agen sit in 3rd behind Biarritz and leaders Oyonnax.

Ramoka scored in the 63rd minute for Agen who lost by a single point 13-14.

Masilevu is coming off a tryscoring performance last week. The former Flying Fijian is enjoying his time at his new club. This will be his 9th match this season.

Loaloa returns to the starting side. He has only missed 1 match this season. Nevers are in 11th position after 13 rounds. The 2021/2022 semi finalists will look for a strong second half of the season to be any chance of a finals appearance.

Saulo starts his first match for Soyaux. He has played every game since arriving at the club. Is yet to taste victory with his new club who are in 12th position.
Not many times you will see Johnny Dyer on the bench but the lock/flanker will be used as an impact player this weekend. Biarritz are 2nd behind Oyonnax. Their last loss was in round 9 to Rouen.

Both Ravouvou and Lovobalavu haven’t been in the same 23 many times this season. Ravouvou has been excellent in his first season for Oyonnax while Lovobalavu continues to defy his age and turn out quality performances.
Momo gets his first start as a number 8. He has been making a great impact as a forward since his transition from winger and has bulked up considerably too.

Lovobalavu scored in the 18th minute. It’s his first try of the season.

Powell has started most matches this season including his last 5.

Powell was yellow carded in the 33rd minute.

Both Rasaku and Wakaya have been in great form for Mont de Marsan who are in 6th position & winning their last 2 matches.

Rasaku scored in the 21st minute. His 3rd try in 4 matches for the club. Wakaya also crossed in the 45th minute. Mont de Marsan winning 32-19.

Mawalu was red carded in the 14th minute. Chambery still managed to win the game 15-11.

Kuruibua scored a try in his last match for the club two weekends ago. Lotawa has been enjoying one of his best seasons.

Cognac were totally dominated by Albi who were 76-15 winners. The biggest loss by any club in the competition this season.

Nacuqu entered the Top 30 Top Pointscorers of all time at Dubai last weekend. He is on 947 points coming into the Cape Town leg.
He will move into 4th spot for most games by a Fiji Sevens player currently held by Samisoni Viriviri (120) Nacuqu (119)
Mocenacagi entered the Top 30 all time for the Fiji Sevens team for points scored last weekend also.

Fiji were eliminated from the Cup final race after losing to USA 17-7 in their Quarter Final. They will now play for a 5th position finish.

Rokolisoa was our player of the week last weekend thanks to an outstanding tournament for New Zealand. He finished as top tryscorer and top pointscorer at Dubai.

Like the men the women were also eliminated from the main competition by USA and will play for 5th position. They did however show good signs on day 1 pushing New Zealand all the way and defeating Great Britain and Brazil prior.

Last placed Villenueve will find it tough here against the defending Premiers and top of the table Carcassonne.

Carcassonne far too strong with a 56-8 win over the Leopards.

Naqaliva returns to the side as does Raka.

Raka was in sublime form for Clermont. He was clearly their most damaging player. Scored a try in the 63rd minute.

Tuisue makes his return after serving a 4 match ban for a tackle gone wrong in the Flying Fijians Autumn Nations Test match against Ireland.

Tuisue entered the match in the 39th minute. He scored a try in the 62nd minute. Gloucester won the match 22-17 thanks to a try in the 76th minute. He made 6 runs for 25 metres and forced two turnovers, one of which sealed the game for his side. He was later named man of the match.

Neither player has been offered much opportunity this season in the Top 14 and will notch up a few games over the course of the Champions Cup. No Josua Tuisova or Temo Mayanavanua for this one.

No Vilimoni Botitu or Adrea Cocagi for Castres. Both have been in good form but they do welcome back Raisuqe. Nakarawa starts in his preferred position.

Sawailau hasn’t had much opportunity this season in the Top 14 playing only 2 matches but he gets a start in the Challenge Cup opener. Both teams are struggling in their respective competitions with USAP sitting in 13th in the Top 14 while Bristol have managed just 2 wins in the Premiership. They are coming off a draw to Leicester and with Semi Radradra back in the team they could be on the up.

Ratave has played the 1 match in the URC, in round 2 vs Leicester in September. He gets a start this week in his first match against a Top 14 side. Great to see the former Fijian Drua flyer back in action.

The Flying Fijians lock returns from injury. His last match was in early September.

All lineups will be updated with game notes once they are released throughout the weekend. 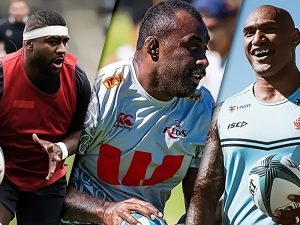 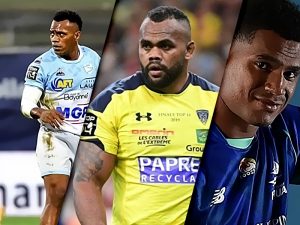 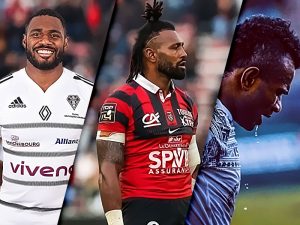 Most Tries in active r.u competitions 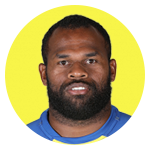